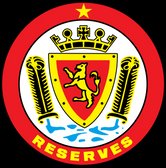 A wet and grey day at Pennygillam mirrored the Ashes performance in what was a bad day at the office.

Saltash had set high standards in recent weeks but that team was unrecognisable today.

Awful conditions was making it hard for both sides but Launceston gained an early advantage when a a through ball wasnt dealt with and the chance was gratefully taken.

This seemed to stir Saltash and chances from a Scott Coombe shot and a Joseph Gill free kick didnt trouble The Clarets goal.

The equaliser came when Connor Pritchard-Lee combined with Calum Courts who found the unmarked Callum Brown on the edge of the box to fire home.

Launceston could have scored again before the interval but the dogged Mason Long cleared the danger.

The Second half didnt bring an improvement in standards or conditions and The Ashes huffed and puffed but struggled to dominate proceedings.

They lead for the first time when Tom Manuel's inch perfect pass found Substitute Lloyd Jones who finished with aplomb.

Launceston were not finished and managed to score two more goals despite being reduced to ten men to take all three points.

Saltash will certainly be dissapointed at how all three goals were conceded today especially having only conceded three goals in total prior to this.