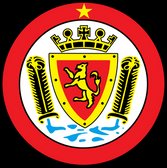 Yesterday (Wednesday 30th December) it was announced that Cornwall would be placed in Tier 3 of Covid-19 restrictions. This would have meant that football for the Ashes could still be played, but without spectators.

As a result, the South West Peninsula League (Ashes firsts) announced the immediate suspension of all fixtures under their control. The leagues decision was based on the burden put on club officials’ volunteers and supporters of every club in the league, and also the financial implications of playing matches behind closed doors. Shortly after, the St Piran League (Ashes Reserves), the Duchy League (Ashes Thirds) and the Cornwall Women’s Football League (Ashes Women) followed suit.

Yesterday evening, the Cornwall Football Association announced that there would be no pressure for clubs to fulfil Cornwall Senior Cup fixture obligations on Saturday 2nd January 2021, when our first team were due to take on Holmans SC at Kimberley Stadium. Discussions had been taking place overnight about completing this fixture.

This morning the CFA announced a suspension of those fixtures on 2nd January. That meant that all Ashes senior men’s teams’ fixtures were suspended with immediate effect and as a result, the tough decision was made to also close the Ashes Bar Clubhouse until further notice.

In summary, there will be no games for any of our senior teams with immediate effect and the Ashes Bar will remain closed for the time being. We will of course keep all of our supporters updated with any changes as the Government, the FA, the DCMS and our leagues officials update us.

Hello all. We are of course disappointed with yet another suspension to football, but we have to accept the inevitable because as numbers of infections rise, we have to make the welfare of our players, staff and supporters paramount. We can be proud of the fact that our precautions are amongst the best in our league and that we have been commended by visitors, the leagues and CCFA officials. This does not come without a huge effort from our volunteers, and I thank each and every one of them for their efforts to enable us to play and keep our facilities operating.
I am aware that we have had supporters fallen foul to this wretched illness. Thankfully, to date, I have only heard of those fans beating the illness and making good recoveries. Several of us have been directed to self-isolate due to being close to someone who has tested positive. I am myself in my second period of self-isolation. It’s not fun but we have to do it to keep everyone safe. Dane has assembled a highly talented squad of young and more experienced players. We are a joy to watch and will be challenging for honours if we get this season completed.
Robin has also gathered a very talented bunch of lads, several of which have appeared in the first team and Mitch’s Duchy team have put together some impressive results. Not to mention our Women’s team who have dominated their competition. Our treasurer constantly explores the availability of business grants and our vice-chairman constantly explores the availability of improvement grants. Quite honestly the work of our small team of volunteers can be found most days at the ground. Whilst the football may have stopped, work around the club is ongoing as we work to improve our facilities. Most recently the old Snack bar in the centre stand has been refurbished, improved laundry facilities, new tanks and pumps for the dressing room showers have been installed and partitioned, the whole room looks much better. In addition, the Gents toilet has been re-implemented at the far end of the stand which should relieve the pressure on the clubhouse toilets.
Quotes are now being sought for the refurbishment of the clubhouse toilets which will be a complete makeover and the introduction of a disabled facility.
The new tannoy, kindly donated by Tracy Quick, has arrived and will be fitted in the next couple of weeks. Clearly there are some positives as well.
Whilst we are naturally disappointed, we would like to place on record, our full support of the difficult decisions made by the SWPL, Cornwall FA, St Piran League and Duchy League. We know they have everyone’s best interest at heart, and of course there is more to life than Football.

During this time, we would like to extend our well wishes to our loyal supporters, including volunteers, staff and fellow clubs. Please stay safe, abide by the rules and do everything we can to get our game back on at our club.